What is Shot Peening?

Shot peening is a process specifically designed to enhance the fatigue strength of components which are subject to high alternating stress.

The Mechanics Of Shot Peening

What is Shot Peening?

Shot peening is a cold working process used to produce a compressive residual stress layer and modify the mechanical properties of metals. It entails impacting a surface with shot (round metallic, glass, or ceramic particles) with a force sufficient to create plastic deformation.

Peening a surface spreads it plastically, causing changes in the mechanical properties of the surface.

The main benefit of shot peening is the delay or prevention of cracks in highly tensile stressed alloy components. We can alter these undesirable manufacturing and operational tensile stresses to life enhancing residual compressive stresses therefore extending component life. 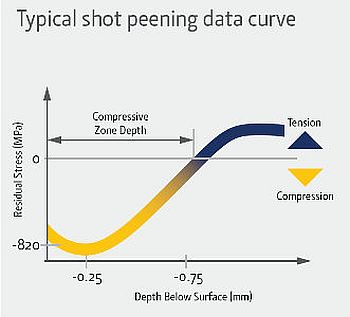 Compressive stresses are generated when the impact of each particle of shot on the component produces a small indentation. It follows that if the surface has been dented, then the material beneath the dent has been compressed. Peening generates not just one dent but many thousands over the surface. Eventually the component becomes encased in a compressively stressed layer.


The benefits of the process have been well proven, both with components operating in a highly stressed but relatively short lived environments, such as in Formula 1 motor racing and for critical parts with a much longer and more measured operating life in aero engines and structures for example.

The value of the residual stress is dependent on a number of variables including the parameters of the peening process and the hardness of the component material. As the process is often used to improve the performance of safety critical components, it is important to ensure that the correct intensity of stress is being achieved, with high repeatability.

The guesswork is taken out of the process by the use of a system that indicates the energy being imparted by the shot. This is achieved with the ‘Almen’ strip testing procedure.

The Almen strip, manufactured in spring steel to strict tolerances of hardness and flatness, is peened on one side only. The effect of the induced compressive stress on the strip results in it bowing or curving. The extent of the curve is proportional to the energy imparted by the shot and is measured on an ‘Almen Gauge’. The Almen strip arc height varies according to both the velocity and mass of the shot i.e. the amount of energy imparted by the stream of shot and absorbed by the strip.

Saturation of the component is deemed to have been achieved if, when peening exposure time is doubled, the arc height or deflection of the Almen strip increases by 10% or less. This control process is shown in this chart. 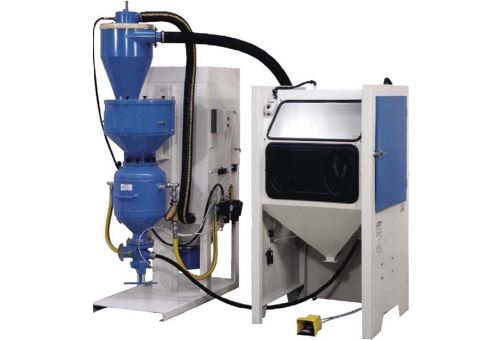 A favorite in the Aerospace and medical industries, where keeping abrasive quality is very important, the Ventus range is versatile enough to allow all types of personalization. Available as pressure fed or suction fed cabinets. 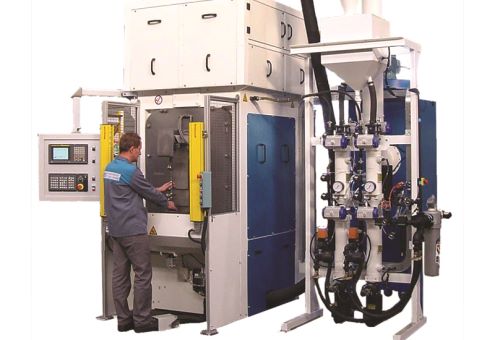 Automatic and Compact Two-table Peening System. The CNC MP 2TR4 machine has been designed for peening and blasting complex rotary components associated with the aerospace and automotive industries. 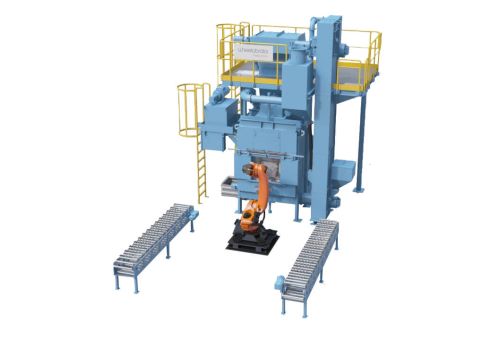 Increases durability of springs under dynamic strain and to reduce spring weight.